The Party in Power Implodes

And who would have thought that the first real display of cowardice and weakness would come from Madison, Wisconsin, home of Buckingham U. Badger. In this town where the bold fear to tread; well, at least the visiting teams from Ohio, we are now witnessing some incredible and unpredictable events:

1. The elected representatives of the Democratic Party have vacated their jobs in the state legislature. They have simply not shown up for work. Apparently left town, en masse. Organized by their “leaders” because none of them will go to the legislature to vote on some legislation that a real leader has proposed to deal with a large budget deficit. They just left town in the futile hope that there will then not be enough of the other folk to meet a quorum call.

2. The hired teachers have abandoned their classrooms. These self described, most noble of all; those entrusted with teaching the youth of Wisconsin, have displayed for all to see that their most important priority has nothing to do with being in the classroom doing their job. Oh no. Their number one priority is themselves – their paychecks; their benefits; their days off; their union that entitles them to all these goodies; their definition of their working conditions and (drum roll please) their big fat (but don’t expect me to contribute) pension checks!

Who would have thought that a nice place like Madison, Wisconsin would be the stage for the implosion of the Democratic Party? Its elected officials running through the fields of the dairy farms, scared silly of showing up to vote. Its entitled class of teachers calling in sick so that they can demonstrate at the state capitol (heck its right there in town; many of them can walk to the place) and show to the entire country how entitled they really think they are. Here is what the rest of the country and a whole bunch of hard working taxpayers in Wisconsin see:

• Their jobs are going away
• They have no pensions; just declining IRA and 401k accounts
• Their home values have declined; in some cases below their mortgage balance
• Billions of dollars going to government programs and government employees
• Billions of dollars being taken from them
• Few elected officials willing to cut back as everyone else has had to do

Not one person of high position in the entire Democratic Party is leading the fight to trim the spending; cut back on the programs; eliminate government workers. We repeat, not one person. The woefully inexperienced (frankly, he is just clueless) leader in Washington is simply AWOL on the responsibility. Is it any wonder that his comrades in his party in other places, such as Madison, would rather run than fight? There is no money folks. There is no local branch of the Bureau of Engraving in Madison. And the governor, the new leader, has told the people in Washington to stop bribing them with handouts and bailouts and stimulus dollars. The programs don’t work. The state cannot afford the silly ideas. We just have to tighten our belts and we can do it ourselves, thank you very much.

They run for cover. Hide out. Don’t answer their phones. Don’t show up for work. Don’t do their jobs.  TheFundamentals has a simple solution for people who abandon their jobs and work responsibilities.  Fire them.  How does the Donald say it?  "You're fired."   Hire replacements who will place the job before their personal entitlement priorities.

Call it what you wish. We call it cowardice. We call it implosion. And we say bully for the hardworking, taxpayers of the state of Wisconsin. You are courageous and you are showing the way. Stay the course. The cowards cannot prevail this time. This time sacrifice and frugality will prevail. 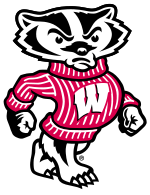 ﻿
Posted by thefundamentals at 6:03 AM

It seems that the Fundamentalist is having a bad day, when others don't agree to play by his rules.

1. Kudos to the Rockford,Il Tea Party who conducted a legal search and found out that the Dem. senators are hidng in Rockford. Proper authorities were notified.

2. Madison: More abortions than live births for over 25 yrs.