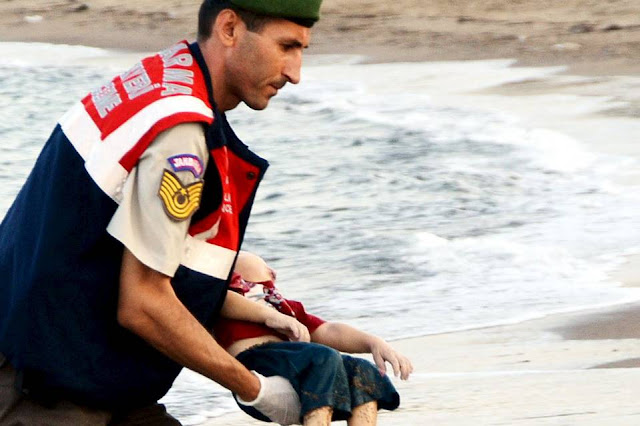 ﻿
A Turkish officer carries the body of Aylan Kurdi who drowned with several other migrants trying to reach the Greek island of Kos on Wednesday. 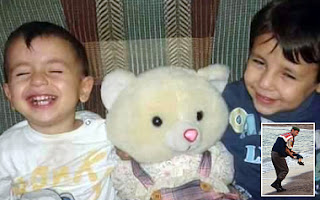 Aylan and Galip Kurdi, aged three and five.
The family of a three-year-old Syrian boy whose body was washed up on a beach in Turkey were making a final, desperate attempt to flee to relatives in Canada even though their asylum application had been rejected, according to reports.

Syria was already at war when Aylan Kurdi was born. He died with his five-year-old brother, Galip, and mother, Rehan. Their father, Abdullah, survived. 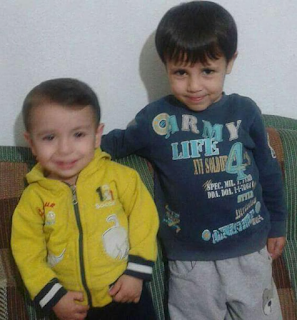 ﻿
Posted by thefundamentals at 7:13 AM