Change and its growing gatherings of repetitive bureaucratic nonsense

Can we the people live with much less government?  Those few words are the essence – the reason for this offering.  Why did our founders face very similar historic nonsense when they simply requested that the governmental nonsense of their time here simply leave?   The NOnSENSE bureaucrats did not leave.  So our founders and fighters flushed them – bye bye.  Many returned home – many moved to Canada – many stayed here in and around New York – and some moved to the areas that are now the states of Illinois and California.

That folks in less than a few hundred words is a factual fundamental overview of what we the people now face.   Here are a few press offerings of similarity and NOnSENSE of the simple repetitive history of fatsos – aka bureaucrats – holding on by seeking and taking money from we the people with the assistance of even elected nincomPOOPs – mostly democrats in the above locations butt with lots of fatso republicans behavin’ similarly.

If you read any of the above did it get you thinking about change?  Did it, yes or no?

Our founders had a very different environment that worked rather well when it came to change – the bureaucrats were simply clueless in needed daily efforts of a new location – new environment – new everything’s – unlike the situation here in America today.

We close now.   Folks it’s gonna be quite the trip.   Democrats and most of the smelly republicans will fight the trip every step of the way.  What on earth will we the people do?   Who will prevail?  Even better what happens – what does history tell us occurs – when a new group arrives somewhere around the globe and runs away with the occurring changes?  Embraces them?  Just as occurred about 250 years ago?

Posted by thefundamentals at 4:58 AM No comments:

“…terrorized in his own community, afraid to walk down the street.”

Words above borrowed from… https://www.greenwichtime.com/news/article/Minneapolis-violence-surges-as-police-officers-15724768.php

Posted by thefundamentals at 5:13 AM No comments:

“Stories to fuel your mind”

We borrow the above few words from this link offering…

...and these words to entice you to read its entirety –

Today, Hall is not particularly well known as a war hero, in spite of her influence. Why do you think that is?

Partly because she didn’t like blowing her own trumpet. She didn’t like the whole obsession with medals and decorations; it was about doing your duty, and being good at your job and earning the respect of your colleagues. She didn't go out of her way to tell people.

Posted by thefundamentals at 7:57 AM No comments: 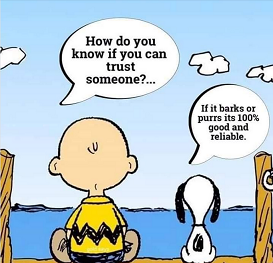 Posted by thefundamentals at 7:54 AM No comments:

Posted by thefundamentals at 6:00 AM No comments:

...at this time of 24/7 media, etc. ridiculousness (costly useless stuff to be avoided) we offer this for your wisdom and enjoyment...

Posted by thefundamentals at 5:45 AM No comments:

American voting frauds – a brief offering for the interested…

…which apparently does not include even a few of da’ current overpaid nonfactual press nincomPOOPs.

We close, per usual, with a brief easy to answer question for the few who have read the above links…what pray tell would the POOPs have done had the situation been reversed…huh?

Posted by thefundamentals at 5:25 AM No comments:

Why did we offer the above title folks?  Our answer begins with these words from the 2nd paragraph of the above article…

…and read a bit about Mr. John James and ask yourself this question – why on earth isn’t the media vigorously covering the story of Mr. John James?

Posted by thefundamentals at 5:38 AM No comments:

The media has no clue (what we really mean is simple honest answers) to explain what goes on in the head and all the lower homo sapiens components of a human being who simply seeks to be left alone because they are responsible moms, dads, neighbors, uncles, aunts, citizens, grandmas and grandpas and a few other forms of folks who volunteer to help others seeking neither payment nor appreciation.

In other words – they simply are good people – and seek to be valued as a member of what our founders fought and some died for – a community of we the people.

Anyone who even occasionally reads or learns a few facts – not press fiction – about our founders and fighters know one simple real fact – they were homo sapiens and neighbors and moms, dads, citizens and so on as listed above…oh, and one more thing – they were sinners and selfish folks and pains in the butt thinking more about themselves and getting what they wanted or needed even if they lied and did a few other things much like the “loser” mentioned briefly in our title above.

The media and other costly forms of dopiness – we always numerically offer it simply as da' 435/100/9/1++++000,000’s more dependent on them for large forms of nonproductive salaries and benefits (no, not just in DC but now everywhere we da’ dopes now put up with them) will someday either control America as do the dopes in Cuba or simply live behind guarded walls of protection as now goin’ on most everywhere in America today.

Or, of course, we flush ‘em, as did our founders and fighters butt – yes we mean da’ big fat BUTTS most of us now enjoy – suggest that until our weight and other forms of excessiveness drop we ain’t up to what our founders did with the dopey ones in their BUTTflushin’ time here on earth.

Posted by thefundamentals at 2:34 PM No comments:

The basic fundamental of freedom

This fella who offers his and others learned facts about the fundamentals of receiving America’s opportunities knows one simple fact – to continue it must have his and others 24/7 commitment and performance to self responsibility.

What is responsibility?  Defined individually it’s always doin' what he can do for himself and others and not seekin', expectin' or votin' for "promises" with no accountable outcomes for completion failures (#1 is DEBT).

This fella is in his 79th year of American freedoms and their now disappearin' need for self responsibility.  Mostly flowing 24/7 out of the upper level behinds (mouths) of buffoons whom he symbolically defines as da’ 435/100/9/1 nincomPOOPs plus us votin’ citizens who sell our vote(s) hopin’ to get somethings in return.

Factual Homo sapiens history is overloaded with what vote sellin’ produces…bureaucrats, bureaucracies aplenty and DEBT.    Once in an occasional while, a few self responsible fighters and founders will show up – fight – give all if need be – to get back to simple basic human (and other species) daily behavior of self responsibility.

You can tell your kids if you got any and their kids if they got any...the above...even better if you seriously seek to plant the seed of true 24/7 responsibility share the words of this founder who a while back told us very accurately what would occur…and need be done…

“what country before ever existed a century & half without a rebellion? & what country can preserve it’s liberties if their rulers are not warned from time to time that their people preserve the spirit of resistance? let them take arms. the remedy is to set them right as to facts, pardon & pacify them. what signify a few lives lost in a century or two? the tree of liberty must be refreshed from time to time with the blood of patriots & tyrants. it is it’s natural manure.”

God bless America, TJefferson↑ and those who did what needed be done.  No folks, God ain’t gonna do it.  It ain’t Mother Nature’s job either.  It’s our job.    ...responsibility!  Tomorrow...are we doin’ it...??

Posted by thefundamentals at 5:07 AM No comments:

Words about why some vote for da’ dopey don (3d)

Yes, we boldly underlined a few of the words (see below).   Here goes, pls enjoy....

"This past Wednesday, the president touched down in a suburb of Phoenix for another packed rally.

It was Donald Trump's seventh visit to Arizona this year.

At a smaller gathering for conservatives on the edge of Maricopa County, the rallying cry was for low taxes, law and order and personal freedom.

We met Dr. Kelli Ward, the chairwoman of Arizona's Republican party who twice launched unsuccessful campaigns for the U.S. Senate from the party's right flank.

John Dickerson: Why is Arizona, which is the state of Barry Goldwater, John McCain, I mean, this is a Republican state. Why is it even in question?

Dr. Kelli Ward: Well, obviously the country is changing. It seems like there is a sea change politically across the board. A lot of people from California have come to Arizona.

John Dickerson: There is a tension in the party in Arizona between kind of one wing and the other, that seems like President Trump is right in the middle of that tension.

Dr. Kelli Ward: I think it's a manufactured tension. This isn't about a person. This is about policies. When you put those before the people without Donald Trump attached to them, they love them.

John Dickerson: So is that the challenge? To get people to see on the other side of the, the man who's at the top?

Dr. Kelli Ward: I think the people have to be smarter than, than many times the media who is putting things out as though it's all about Orange Man Bad, when it's really about Republican policies good.

John Dickerson: But Donald Trump is not shy, he's not a-- he's not a retiring type…

Dr. Kelli Ward: Well, I'm thankful… I'm thankful that he isn't shy. Because I can tell you what didn't get us the White House, it was whenever we had those shy retiring Republicans, who just wanted to get along, to go along, who let Democrat policies be shoved down the throats of the American people, who have led us to the brink of socialism. Donald Trump took control of the situation.

John Dickerson: Let me ask you… I've talked to some suburban Republican women.

John Dickerson: And some of the ones I've talked to love Donald Trump, some have left the party because of it and this is a challenge. How's he doing with suburban women now?

Dr. Kelli Ward: I think he's doing great with suburban women. Women, women love Donald Trump. There are some who have been sadly brainwashed by things that aren't really even true across the board about the president. We hear…

John Dickerson: Now, Dr. Ward, you're not saying that women can't think for themselves are you?

John Dickerson: But they're smart enough to get around that…

Posted by thefundamentals at 7:39 AM No comments: