“When I win, will there be a country left?”

We borrowed the few words above from this very recent offering – pls go to:  https://www.wsj.com/articles/elijah-cummings-and-the-little-sisters-11571956039

Pls read the article if you are able – go to your library if necessary – buy it – whatever but please read it.

At time we – this guy – knows that his repetitiveness (PAY DOWN DEBT) and his inability to write over and over again different more attractive offerings of simple fundamentals – responsibility – self accountability – the simple fact that notwithstanding governmental nonsense around the globe, we the people are not all alike – we don’t see/feel/envision/seek/accept that which flows from the mouths of nincomPOOPs the same way they do.   These simple basics – simply don’t meet the hollywood/peckerhead brains of our media and the many companies that pay them briefly until we unfortunately buy their stuff and repay them.

Folks we don’t like to say it but spend some time in many of the places the fatso nincomPOOPs currently run and you will be able to rapidly know the answer.  The real question on this one guys mind is how on earth – why on earth – do many of us tolerate and even vote and pay for this obvious smellystuff flowing from these POOPs but when it comes from us daily we flush it?
Posted by thefundamentals at 9:45 PM No comments:

Did you vote for da' don…will you do it again?

Once again we know – YES WE KNOW – our title words are not quite the specific or real question/purpose of what now follows – we will try to get to that.    Butt folks all the smelly ones yappin’ now endlessly about all that is wrong in America today is don's doin’ – well folks all this guy can say is they (media, other low iq overpaid fatsos, most “entertainers” and others) continue to be exactly that which most of us toilet flush each morning.

I voted for da’ don and folks I sure would prefer not to have to do it again.  I’m not gonna list the reasons why I voted for him – let’s just say that in my years as an American baby to an American old guy – hill and bill and many of their similar fatsos in my various home places endlessly meet the many similarities of the turds our founders flushed and our fighters died fighting so that we the people could be free and RESPONSIBLE.

We ain’t free any more – we sure ain’t responsible – we owe more money POOPed away constantly now by darn near all the democrats as they endlessly buy votes but also supported by many republicans lacking even a small finger sized piece of the courage and commitment of our young founders and fighters over the years.

I will not vote for any democrat until our budgets everywhere are balanced and our DEBT begins to diminish – definition of “diminish” - GOES DOWN.   I struggle to find any politician – heck even one of the 435/100/9 +++ 000,000’s more overpaid nonproductive nincomPOOPs deserving of anything other than that which most of us do with POOP daily.

I was conceived and born and raised by human beings with not even a tiny similarity to these POOPs.   They didn't stick my Brother and me with DEBT!!

I simply don’t know now if I will vote for the NY fatso again, #45.  All I know is I probably no longer have even the right to write these words because I don’t have the courage and commitment to do what one of our founders said needed to be done regularly –

…what country before ever existed a century & half without a rebellion? & what country can preserve it’s liberties if their rulers are not warned from time to time that their people preserve the spirit of resistance? let them take arms. the remedy is to set them right as to facts, pardon & pacify them. what signify a few lives lost in a century or two? the tree of liberty must be refreshed from time to time with the blood of patriots & tyrants. it is it’s natural manure.

These good young men did… 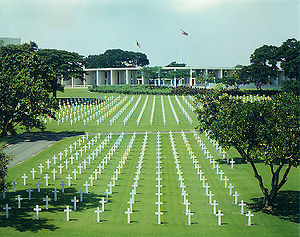 They paid their debt – today, we the people ain’t!

Posted by thefundamentals at 4:05 AM No comments:

If you can't get it - well its written by Holman W. Jenkins, Jr. and worth finding

Why?   Folks what's goin' on is not quite what our dopey media says 24/7 is goin' on - tee hee hee
Posted by thefundamentals at 8:10 AM No comments:

Posted by thefundamentals at 6:15 AM No comments:

This brief commentary is not going to set some new knowledge or awareness – read elsewhere please if that’s what you seek.   It is our attempt to offer something that is mostly missing from 90+% of America’s press offerings today.

The WSJ simply has some writers who get it – by get it we mean they are not living to satisfy the needs of just themselves today.   They bring a very different needed reason for freedom of the press.  It’s basic – many people with something – whatever it may be but here in America it can usually be described in 000’s preceded by a $ sign – are simply doing whatever it takes to hang on to their money in its various forms of arrival.

Now one may ask – so what – what’s wrong with that?

Well what’s wrong with it is a pretty darn good question.   Alas the answer to the question may well describe the situation in America today.

Our answer is basic – fundamental – those who hang to the this and that’s of the past simply fall behind those who move on.  We suggest you read/learn a bit about change over time –

Start with this one:  https://www.thebalance.com/world-currency-3305931
And then learn a bit more here:  https://en.wikipedia.org/wiki/World_currency

We close with this question for you to answer – what is the future world currency going to be by the end of this century?

Posted by thefundamentals at 6:32 AM No comments:

Is paying back “DEBT” a religious belief?

We suggest you read the article below about that which Mr. Barr shared at Notre Dame.   We did.   Then we ask this, “Why didn’t Barr say – propose – suggest – submit something about the legal need to repay DEBT?”   In our words – GOOD HOMO SAPIENS DON’T STICK THEIR KIDS WITH UNREPAID DEBT.......what sayeth you Mr. Barr?

Posted by thefundamentals at 6:18 AM No comments:

the people can not be all, & always, well informed. the part which is wrong [. . .] will be discontented in proportion to the importance of the facts they misconceive. if they remain quiet under such misconceptions it is a lethargy, the forerunner of death to the public liberty. we have had 13. states independant 11. years. there has been one rebellion. that comes to one rebellion in a century & a half for each state. what country before ever existed a century & half without a rebellion? & what country can preserve it’s liberties if their rulers are not warned from time to time that their people preserve the spirit of resistance? let them take arms. the remedy is to set them right as to facts, pardon & pacify them. what signify a few lives lost in a century or two? the tree of liberty must be refreshed from time to time with the blood of patriots & tyrants. it is it’s natural manure.

Source:  http://tjrs.monticello.org/letter/100
Posted by thefundamentals at 4:51 AM No comments: